The Lost Film Scores – an audio documentary by Garry Wilkinson. 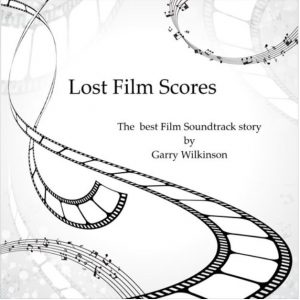 This audio documentary explores how music is fit to film and reveals the surprising story of the music that was cut from many now famous films. The documentary includes some of the best film music ever composed that was never heard in its original setting. Garry Wilkinson, a music composer and film buff, takes the listener on a journey through the film music which was commissioned for prestigious films but never used because of clashes of personalities or vision.

The documentary sets the scene of how music was first put to silent movies with live cinema orchestras. The standard protocols adopted and how the system evolved to bring us tailor-made scores to fit unique movies . We also hear how some of the most famous collaborations between directors and composers also brought us some of the most memorable music of the twentieth century. However, even Oscar-winning composers had their film scores by directors, producers and ‘money-men’, those whom Alfred Hitchcock referred to as, ‘Vulgarians’.

RETURN TO THE HOME PAGE